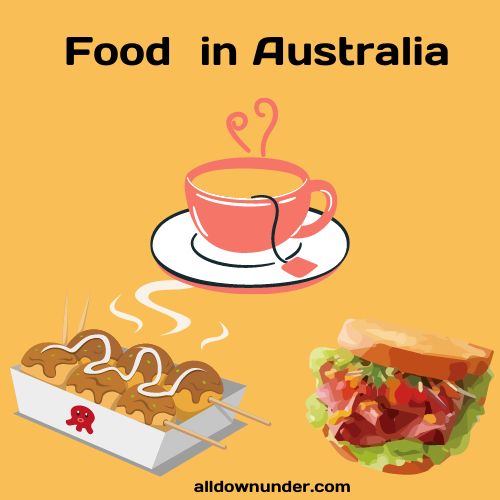 Due to the fact in Australia the food names vary from other countries, not just because of language but also because it is a different culture.

When comparing Australian foods, it’s not merely that we use different words for the same thing. The actual product is different because the ingredients, such as the spices used, are often different in much the same way that Coke is different from Pepsi, though both are soft drinks.

Biscuits (cookies) in Australia tend to be drier than in America. The US version of Rice Bubbles (Rice Crispies) is much louder than ours when you add milk. (Interesting the American version is louder.)

Speaking of cereals, Cheerios in the USA is a cereal, but in Australia it’s small cocktail sausages. Quite a difference!

Bacon rashers are very different from American bacon as well. Our bacon includes the more expensive cut of meat that Americans call Canadian bacon. On the other hand, American meal portions are far more generous than you’ll get here.

You would think keeping your weight under control would be easier here because of the smaller portions. Unfortunately we have wonderful pastry like real whipped cream apple turn-overs. That’s another kilo on the hips just thinking about it.

Note: linked food items will take you to more information and recipes.